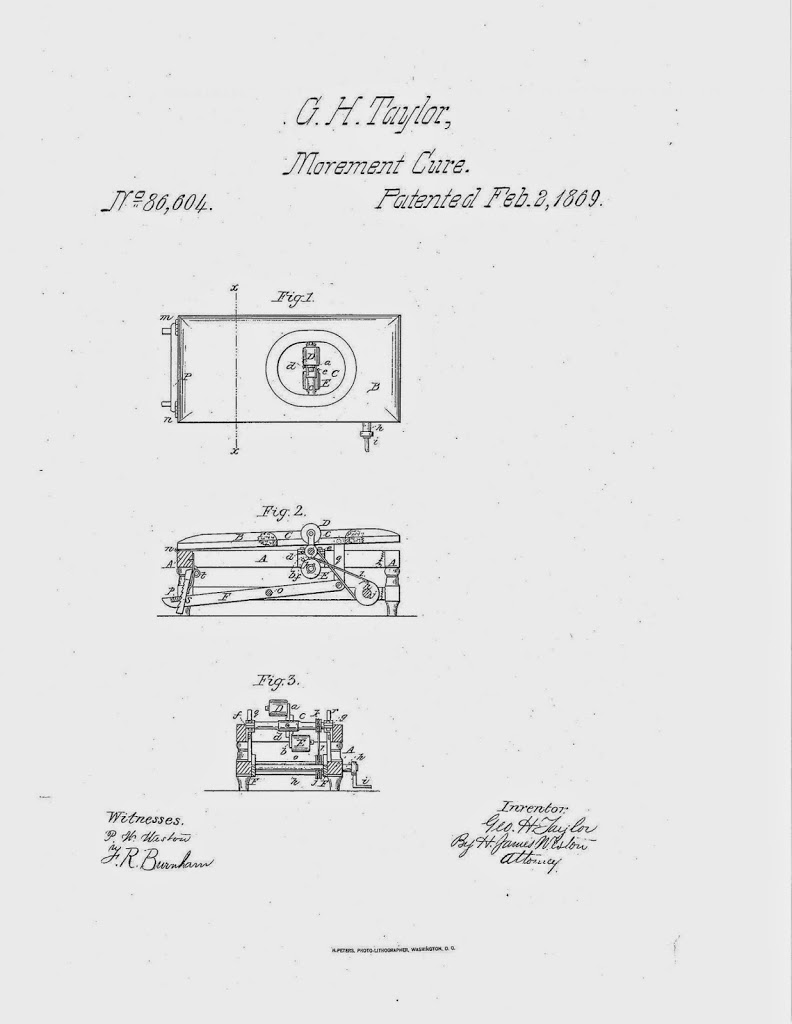 The ancient Greeks, it is said (although some dispute this), believed that women were possessed of a “wandering womb,” which caused any number of health problems. As early as the second century, it was determined that “hysteria” was caused by sexual frustration, and a Greek physician reportedly urged marriage as a cure.  Over the ensuing centuries, other physicians prescribed “digital manipulation,” suppositories, horseback riding, hydrotherapy, massage, and “la titillation du clitoris.” The medical condition of “hysteria” was one of the most diagnosed diseases in history, and was actually still considered a medical disorder by the American Psychiatric Association until 1952.

In the 1880s in England, Joseph Mortimer Granville, the subject of the film, Hysteria, was the first to invent an electric vibrator. The film gleefully notes that the impetus for the invention was the carpal tunnel resulting from Dr. Granville’s tedious manipulation of the nethers of well-to-do Victorian housewives. History suggests a much more mundane origin–he intended it for relief of muscular ailments of men, and tried to distance himself from the device when its use became popular for treatment of hysteria. He discusses the device, which he called a “percuteur,” in his 1883 book, Nerve-Vibration and Excitation as Agents in the Treatment of Functional Disorder and Organic Disease.

Rachel Maines looks the subject in her 1999 book, The Technology of Orgasm–an occasionally unintentionally funny look at the history of women’s sexuality. You can find a lengthy excerpt in the New York Times, which may be quite enough for you to get the picture.