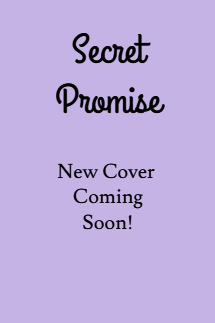 She meandered back to the bar through the now empty room, scooting chairs under tables, watching Edward, who now sat slumped over his untouched drink. Lightly squeezing his shoulder, she leaned against the bar at his side.

“What’s the matter? Other than the obvious, of course.”

Edward snorted with little humor and did not look at her. “The obvious. Shouldn’t that be enough to make me cry into my bitter?”

“A different man, maybe. Not you.” She thought for a minute as she gazed at him. He was older, certainly; they both were. He was harder, more…careworn, she supposed, although the scar added an air of devilishness she had to admit was really quite appealing.

She reached out and traced the mark with her index finger before she could stop herself, feeling the warm flush of his skin. Edward barely stirred, just eyed her from beneath his impossibly long, dark lashes.

“But you’re not the same man you were when you left, are you?”

“No. And you aren’t the same woman, I imagine.” He grabbed her hand to keep it still. She could feel the beat of his heart racing through her fingertips. Hers was not far behind.

She pulled her hand away before she rushed headlong into something she wasn’t sure she was ready to do, and changed the subject. “You never did tell me how you got that scar.”

Edward rose from his stool, tossed a coin onto the bar. “No, I didn’t.” In a single movement, he pulled her to him, pressing his lips to hers. She closed her eyes, tasting. He was the same as he had been on the cliff top, or at least the way she remembered him. Salty, sweet, the slightest bit sour from his last drink, all mixed together with something that was uniquely Edward. She wanted to crawl inside him, become part of him again, just as she had seven years before.

She moaned, grasping him tighter, even as he pulled away. Her eyelids fluttered as her brain tried to understand the absence of him. He rubbed a finger along her bottom lip, his gaze burning through hers.

“Not yet, Anna. You aren’t ready to take me back. But you will.” He kissed her again, hard, then was gone. Her legs were jelly as she slumped against the bar.

“No, not yet,” she breathed into the empty room. “But bloody close.”