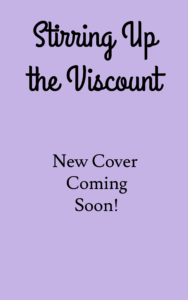 When her home is destroyed by fire, Theodora Ravensdale seizes the chance to escape her abusive husband. Faking her own death and assuming a new name, she flees to northern England and takes a job as cook in a country estate. Never again will she put her life, or her heart, in the hands of a man.

The heir to an earldom, Jonathan Tenwick has a healthy distrust of women since being left at the altar. Jonathan senses the cook his mother hired sight unseen is hiding something, yet this mysterious newcomer intrigues him as no other woman ever has.

After years of living in fear, Theodora finally feels safe, until an unexpected and inappropriate stirring of emotions between her and Jonathan puts her refuge, and her heart, in jeopardy. When she learns her husband has uncovered her deception and is searching for her, Theodora vows to do whatever she must to protect Jonathan and his family—even if it means sacrificing everything.