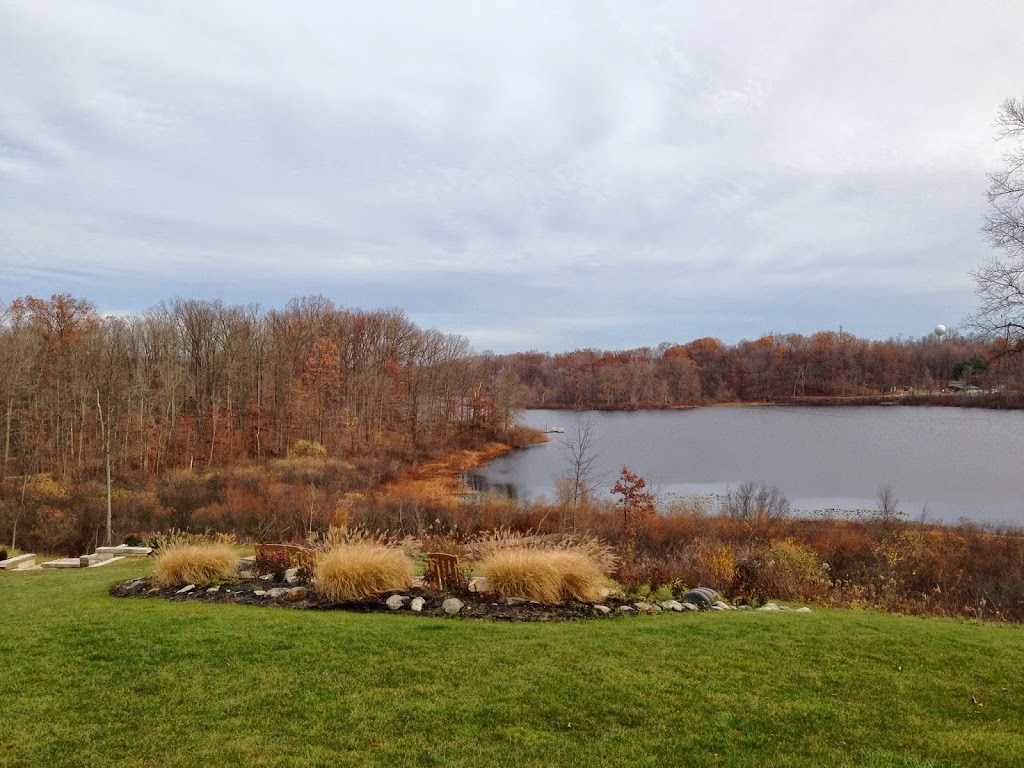 I have been quite remiss in posting lately, so apologies for that. The day job, writing, home life, etc. have taken most of my energy.

But this past weekend I took some much needed “me” time and attended the annual retreat of the Northeast Ohio Romance Writers of America chapter. It’s always held at Punderson State Park southeast of Cleveland, and it almost always involves an insane amount of food, wine, and laughter. Occasionally, there is even writing, I had a super productive weekend, writing 4,400 words on my second book at the retreat. Another 10,000 words later, I played hooky from the day job and finished it.

Anyway, as some of my cabinmates and I walked up to the Punderson Manor House for a hike, one of them said she was interested in knowing more about the house. Strangely, they all looked at me.

I am so predictable.

The land on which the Manor House sits was originally settled by Lemuel Punderson, who moved west from New Haven, Connecticut in 1806. Punderson constructed a number of dams on the lake in order to use the water for a grist mill. He married Sybil Hickok in October 1808, and in addition to operating a mill and a distillery, they reportedly also used the property as a recreational area for friends and family.

Punderson died of malaria in 1822 at the age of 40, and Sybil in 1872. The Punderson estate owned the land, but not the water rights to the lake, so the lake continued to be used by the public for recreation. In 1887, James E. Wales constructed a hotel (imaginatively called the Wales Hotel), which served as a resort destination for twenty years.

In or around 1902, William B. Cleveland, a descendant of the founder of our fair city, Moses Cleaveland, began purchasing pieces of land around the lake, owning most of it by 1910. Cleveland had been a frequent visitor to the Wales Hotel as a child, and wished to create a hunting and fishing estate. In 1904, he built a house on the site of the present manor for his much younger bride, Ocie Coppedge,

Apparently not content to own all the land around the lake, Cleveland bought and demolished the Wales Hotel, then in 1907 he successfully sued to purchase the water rights to the lake, then subsequently acquired the last remaining parcel from Ella Punderson. The resulting 505 acre property eventually included a dog kennel, called Lakefield Farm and Kennels, a dog food factory, a herd of buffalo, angora goats, and a six bedroom houseboat,

Cleveland died of cancer in Cleveland Heights in 1929, at the age of 67. (Ocie, twenty years his junior, married again three years later, and died in 1974.) In 1929 (or possibly earlier, depending on which history you read), the property was sold to Karl Long of Chicago, who wanted to build an English tudor mansion for his family. Long defaulted on the mortgage, which was held by the Cleveland family, and the partially constructed mansion and the property reverted back to the Clevelands.

Ocie Coppedge Cleveland Bikkelhaupt owned the property until 1948, when she sold it to the State of Ohio.  The State completed Karl Long’s mansion in 1956, and did extensive renovations and additions in 1965 (opening as Punderson State Park Lodge in 1966) and again from 1979 to 1983.

But quite apart from the history, which is probably fascinating only to history geeks like me, Punderson Manor is actually famous in certain circles, because it is reportedly haunted.

Guests and employees of the company which manages the manor have reported a number of spooky occurrences, including hearing children’s laughter in empty rooms, cold hallways accompanied by a woman dressed in Civil War era clothing, a ghostly lumberjack hanging by his neck from a rope descended from the ceiling, a woman held down on her bed by invisible hands, pictures dropping off the wall, doors opening and closing,

Considering I am wildly averse to scary stuff, I was glad that I didn’t read all of these stories before I settled into the Manor’s library to write with friends. It was cold in there, but I attribute that to our failure to notice that we could turn on the heater. (I stole these pics from the uber-talented Miranda Liasson, who somehow managed to avoid being in any of them.)

Should you ever get a chance to go on a writers’ retreat, I can’t recommend it highly enough. Good times, good friends, good (or at least productive) writing, and even a hike or two under a splendid autumn sky. 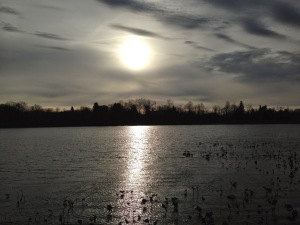 Sources:
The history of Punderson is a surprisingly unclear one, with a certain amount of embellishment, accusation, and a few court cases thrown in. These are the sites from which I gleaned most of the information for this post: