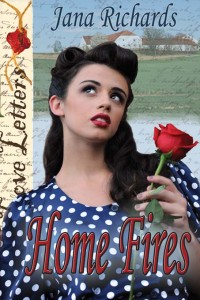 Anne Wakefield travels halfway around the world for love. But when she arrives in Canada from England at the end of World War Two, she discovers the handsome Canadian pilot she’d fallen in love with has married someone else. Heartbroken, she prepares to return to London, though she has nothing left there to return to. Her former fiancé’s mother makes a suggestion: marriage to her other son.

Badly wounded and scarred during the war, Erik Gustafson thinks he’s a poor substitute for his brother. Although he loves Anne almost from the first time he sees her, he cannot believe she would ever be able to love him as he is – especially as he might be after another operation on his bad leg.  Anne sees the beauty of his heart. The cold prairie winter may test her courage, but can she prove to Erik that her love for him is real?

She whirled around to glare at him, her eyes blazing. “No! I’m not a child! I don’t have to be mollycoddled and babysat. I spent six years in a war zone, hiding in bomb shelters, never having enough to eat. I worked in a hospital treating blitz victims with wounds so horrendous grown men would gag to look at them. I faced those horrors every day. Sometimes things were so bad I thought I couldn’t go on. But I did. Because I had to. And I’ll face things here, too. So don’t tell me to give up, because I won’t!”

Erik pushed himself out of his chair to face her, awed by her spirit and courage. She lifted her chin as if defying him to contradict her, her hands clenched at her sides. Her dark hair curled in wild abandon as it dried, framing her pale oval face like a halo. Her beauty and ferocity were magnificent.

“I think you’re the strongest woman I know.”

Her eyes widened in surprise, her hands unclenching. He caught the quiver of her chin as she fought to hold back tears.

“I made such a mess of things,” she whispered. “I’m sorry for all the fuss I caused everyone.”

Erik took a step toward her. “It’s not your fault. I shouldn’t have let you go alone in the dark.”

“You didn’t know I would stupidly walk out onto thin ice.” She shook her head. “I wanted to help. I wanted to be useful. I can’t stand feeling so bloody useless.”

“You’re not useless. You’re an amazing woman. Anders is a fool for letting you go.”

She stared at him, her eyes filling with tears. “Thank you.”

He opened his arms and she stepped into them, wrapping her arms around his waist, clinging to him. He held her tightly, inhaling the sweet, clean scent of her, never wanting to let her go.

“I know I’m being stupid. Tears don’t solve anything,” she said against his chest. “But I was so cold, and so scared. I thought I was going to die.”

He tightened his hold and kissed her hair. “Don’t think about it anymore. You’re safe now.”

He heard her sigh, felt her relax against him. “Yes. I’m safe.”

She lifted her head to look into his face, her dark eyes shiny with tears, her lips slightly parted, and Erik stared at her mouth, wanting desperately to kiss her, to capture her sweetness. He slowly lowered his mouth to hers. To his surprise, she didn’t run off or turn away in revulsion. He was so close her breath mingled with his, her breathing shallow and erratic. His heart slammed against his chest, his body thrumming with need. For the first time in over three years, he felt alive. 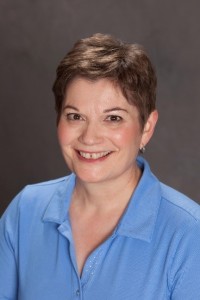 Jana Richards has tried her hand at many writing projects over the years, from magazine articles and short stories to full-length paranormal suspense and romantic comedy. She loves to create characters with a sense of humor, but also a serious side.  She believes there’s nothing more interesting then peeling back the layers of a character to see what makes them tick.

When not writing up a storm, working at her day job as an Office Administrator, or dealing with ever present mountains of laundry, Jana can be found on the local golf course pursuing her newest hobby.

You can find out more about Jana and her books at these sites: