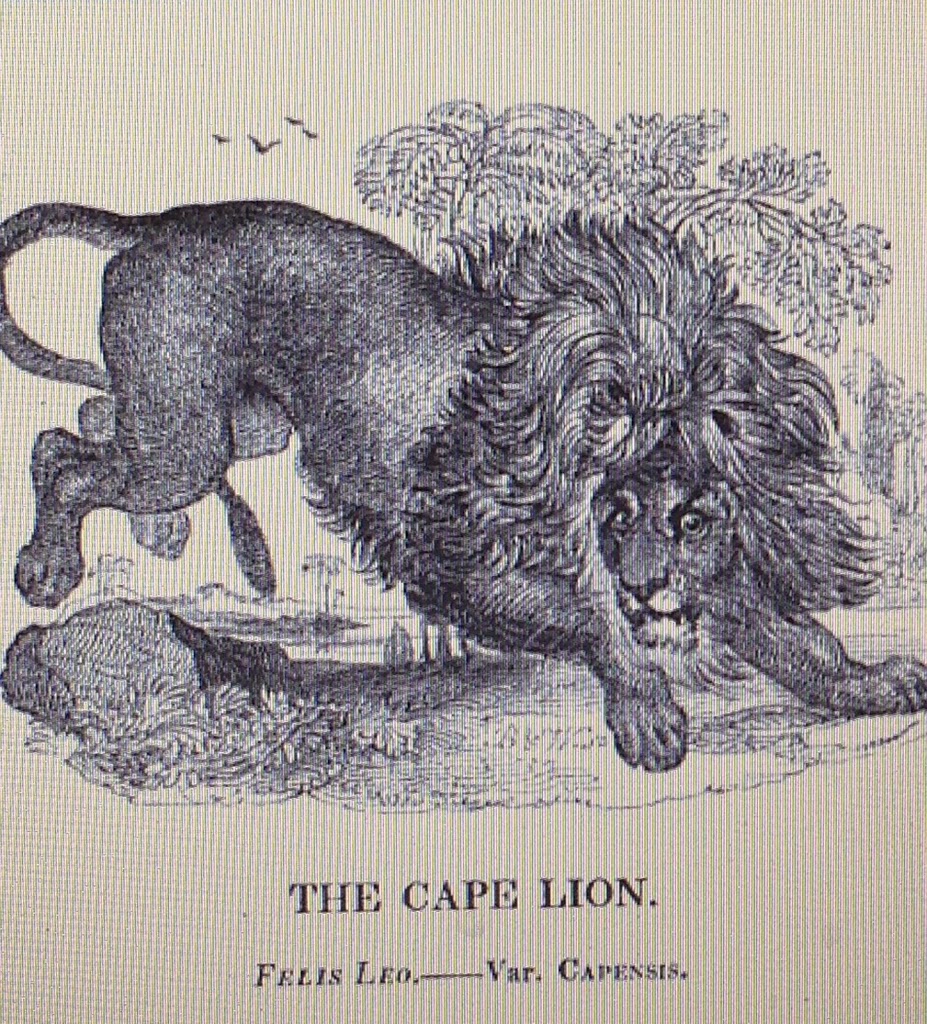 I love zoos. I am glad that I still have a relatively small kid so I can go to the zoo without making excuses, but I would go even if I didn’t. We are blessed in Northeast Ohio to have not one but two great zoos: the Cleveland Metroparks Zoo and the Akron Zoo. My son and I visited the Akron Zoo last weekend, and it inspired me to think about the history of zoos.

The predecessor to the modern zoo was known as a menagerie, and the oldest of those is believed to have been in Egypt, circa 3500 BC.  Zoos were kept by the ancient Greeks and the Romans, although it seems that the latter kept them primarily to house the animals which fought in the Colosseum.

The first British zoo was a collection of exotic animals amassed by Henry I in the 12th century, housed at the royal residence in Woodstock. The Royal Menagerie was started by King John in the early 13th century, and was housed in the Tower of London until 1835. The “Lion Tower” was built by Henry III to house a trio of leopards given to the king by Emperor Frederic II; another building was erected in 1255 to house an elephant gifted by Louis IX.

The collection was not opened to the public until the 16th century, when the Tower housed a lion and several lionesses, a tiger, a lynx, a wolf, a porcupine and an eagle. Conditions were such as would appall us now–habitats more resembled prisons than the natural settings we use today, and the food offered was unconventional–King James I’s elephant, for example, was given wine from April to September, as it was believed it could not drink water at that time of year.

By the early 1830s, the zealous efforts of the menagerie’s dedicated keeper, Alfred Cops, had resulted in a collection of over 280 animals. Given the size, and the fact that over the years the animals had developed a habit of occasionally attacking guests (in the 18th century a baboon hurled a cannon ball at a visitor, killing him), it was determined that the Tower was no longer the appropriate place to house them, and the majority of them were donated to the London Zoo in Regent’s Park.

The London Zoo opened in 1828 and is the world’s oldest scientific zoo. Access to the zoo was originally granted only to members of the London Zoological Society, but it was opened to the public in 1847.

The first zoo in the United States was chartered in 1859 in Philadelphia, but did not become a reality until 1874. The zoo rests on the land once owned by John Penn, grandson of William Penn, the founder of Pennsylvania.

The Zoo’s first elephant, Minnie, was acquired through the “Pennies From Children” fundraising campaign in 1907.

The Wade Park Zoo began with a donation of 14 deer, and they lived in a Victorian-style barn built just for them in 1884. It moved along with the animals to Brookpark, and now is one of my son’s favorite places at the zoo–it serves as a Ben & Jerry’s ice cream shop.

My favorite site at the zoo, however, is the meerkat habitat. 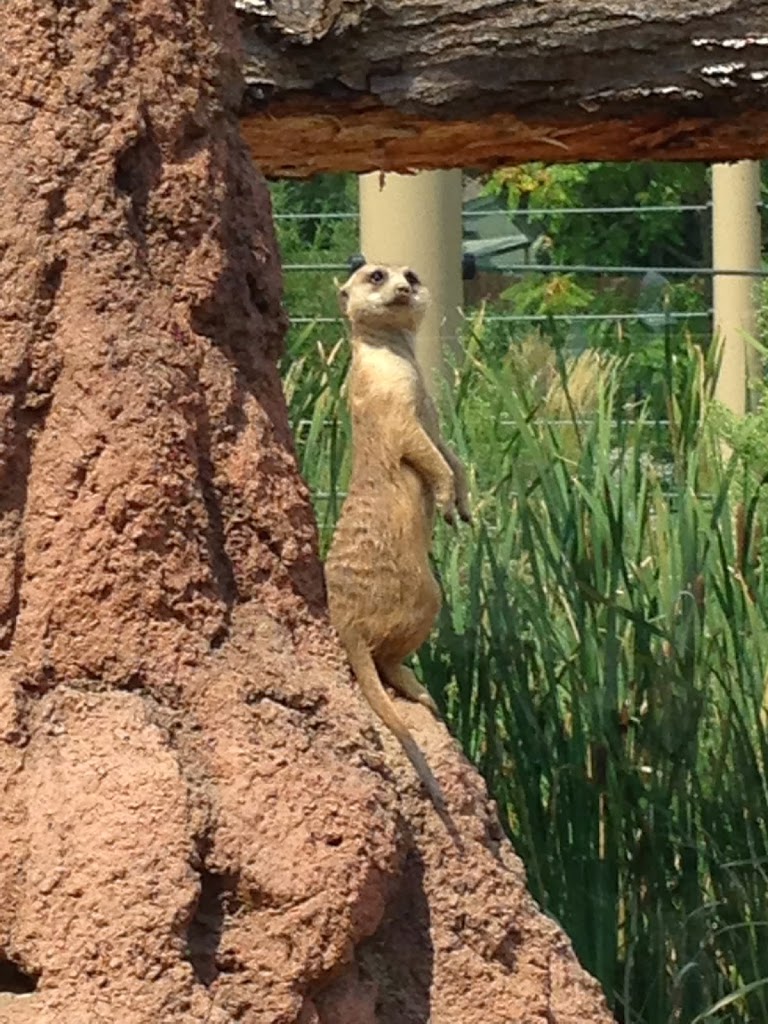 The Akron Zoo, to the south of Cleveland, opened in 1900 on land donated by heirs of the founder of the City of Akron, Simon Perkins. It’s much smaller than Cleveland’s zoo, but it’s lovely, AND it has penguins. 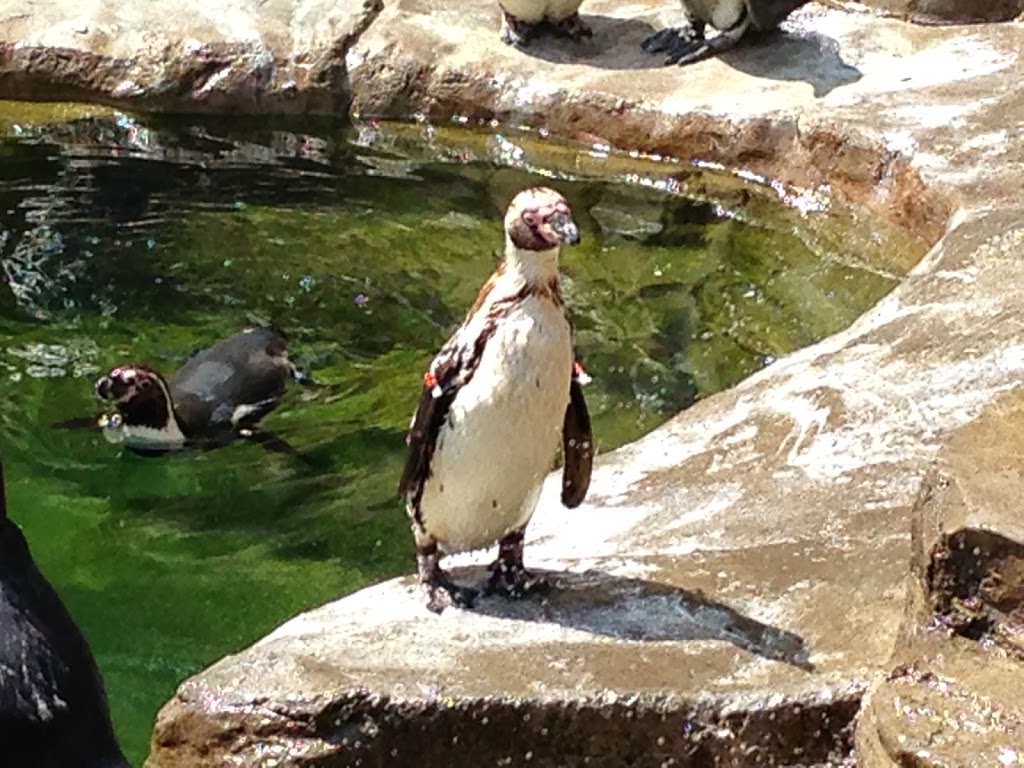 I have visited zoos in at least nine states (so far), and could write about all of them, but right now I have the strangest urge to go to the zoo. . .

Some resources:
*The Smithsonian’s collection of historical documents and images of zoos: http://www.sil.si.edu/ondisplay/zoos/intro.htm
*World’s First Zoo: http://archive.archaeology.org/1001/topten/egypt.html
*Wikipedia’s article on the history of zoos is pretty comprehensive: http://en.wikipedia.org/wiki/Zoo
*A story about the great cats housed in the Tower of London: http://news.bbc.co.uk/2/hi/science/nature/4371908.stm
*http://www.hrp.org.uk/TowerOfLondon/stories/buildinghistory/royal-menagerie
*This book features a history of the Tower Menagerie and descriptions of all the animals at one time housed within it, which perhaps owe rather more to drama than to accuracy. “The Tower Menagerie: Comprising the Natural History of the Animals Contained in that Establishment : with Anecdotes of Their Characters and History,” by Jennings (1829). (Available on Google Books.)
*http://www.dailymail.co.uk/news/article-1313816/The-polar-bear-lived-Tower–grumpy-lion-baboon-threw-cannon-balls-Britains-bizarre-zoo.html
*Philadelphia Zoo: http://www.philadelphiazoo.org/About-the-Zoo.aspx
*Wade Park Zoo: http://clevelandhistorical.org/items/show/387#.VANkL_ldWJE
*Cleveland Metroparks Zoo: http://clevelandhistorical.org/items/show/506#.VANmRPldWJE and http://resourcelibrary.clemetzoo.com/historicals/1
*Akron Zoo: https://www.akronzoo.org/History/3/33/293