I use contractions when writing dialogue. When I don’t, the language can seem stilted and unnatural. I have long wondered how common contractions were in days past, but I was afraid to look it up and find that they weren’t common, because then I would have to make a decision: use historically inaccurate language to make it sound more natural, or use historically accurate language that seemed odd to modern readers. But when one of my critique partners objected to the word “can’t” in the first line of my book as historically inaccurate, I finally looked it up.

Did the Victorians use can’t, won’t, and other words regularly in ordinary speech? The answer is a resounding yes, as did many, many generations before them.

The brilliant book English Through the Ages by William Brohaugh (if you write historical fiction you must have this on your shelf) notes that the following words were in use before the seventeenth century:

Other contractions that we think of as modern date from the 16th century, and were in use before: 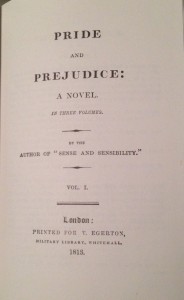 These words were in existence, but did anyone use them? Definitely.

Although she used contractions sparingly, Jane Austen’s characters did say “can’t,” “don’t,” “won’t,” and “I’ll”: “[Y]ou can’t think how disappointed he will be if you don’t come to Cleveland.” (Sense and Sensibility, written 1798, published 1811) “…I am sure it will be too much for Kitty. Won’t it, Kitty?” (Pride and Prejudice, written 1797, published 1813) “Captain Harville holds himself quite engaged, I’ll answer for it.” (Persuasion, written 1816, published posthumously 1818)

There are many times when I’m writing that I will want to use a word, only to find it didn’t exist at the time.  Most contractions, fortunately, don’t fall into that category.

What words seem modern to you that might not be?