Today is that exciting, slightly strange day in an author’s life–especially a newbie author–when a cover is revealed. I have mentioned before that it is a surreal experience seeing a character visually revealed, one who has lived nowhere but in your own head for awhile. But I have to say, cover artist RJ Morris totally nailed it.

So without further ado, the cover for Secret Promise, to be released by The Wild Rose Press later this year: 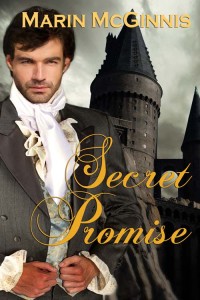