I’ve been slacking on the blog lately, as all my words have been going into a prequel novella I’m writing, featuring the parents of the hero in Stirring Up the Viscount. I’ve also been trying not to be a total slacker in my critique group, which is a bit easier said than done. And since Top Chef and Chopped are now on Hulu, I’ve been binge watching (and cooking) like a madwoman.

This weekend my in-laws are in town and we had friends over for dinner last night. I made an insanely good cherry pie bar thingy that I will probably never be able to duplicate because I veered so far from the original recipe (although I’m working on writing down the recipe so I can come close). I’d show you a picture, but I didn’t think to take one, and since the entire 9″x 13″ pan was consumed last night, there’s nothing left to photograph. 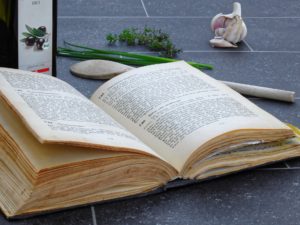 As I sit here reflecting on what to make for breakfast (this cinnamon scone bread is a distinct possibility), it occurs to me that cooking is a bit like writing. Some cooks use recipes, others do not, just as some writers plot and others fly by the seat of their pants. Even if you start with a recipe, sometimes, as with my cherry pie thingy, your imagination (or a desire not to use a full pound of butter) takes you on another course and you end up with a different product. Sometimes it’s better than the original, and sometimes not. 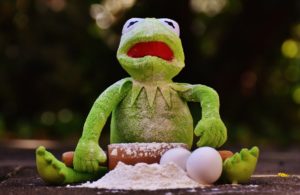 Things can go anywhere from slightly wrong (my baked beans last night were slightly undercooked because there wasn’t enough liquid in the pot) to disastrous (I made gluten free English muffins once–my son refers to them as “those hockey pucks Mom made”), like stories that veer off course. There are times when you can fix them, but other times you need to admit defeat and chuck the entire steaming mess into the trash.

Cooking involves tweaks along the way–a little more salt here, a splash of liquid there–just as a book does–a few lines of description here, tightening up language there. And the finished product, even if it looks luscious and is the most amazing thing you’ve ever created, won’t be loved by everyone. 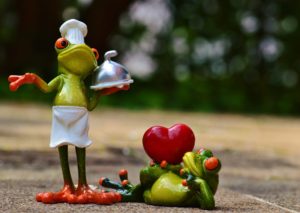 I used to get pissed when my family didn’t like something I slaved over in the kitchen–usually at myself, but occasionally at them when they were so obviously wrong. 🙂 A critique partner’s negative comment or a bad review can get under my skin. As I’ve gotten older, I’m learning to accept this. Not everyone will love what you do. Sometimes even you hate what you create. It doesn’t mean that it’s not good, or that it won’t provide nourishment for body or soul.