Today on the hop I’m featuring yours truly. 🙂  Today is release day for my third book, Tempting Mr. Jordan. I really love this book, which tells the story of Julia Tenwick (Jonathan’s little sister from Stirring Up the Viscount, all grown up). I hope you like it too! (And do scroll to the end of this post for a chance to win a Maine gift basket from me and Becky Lower!) 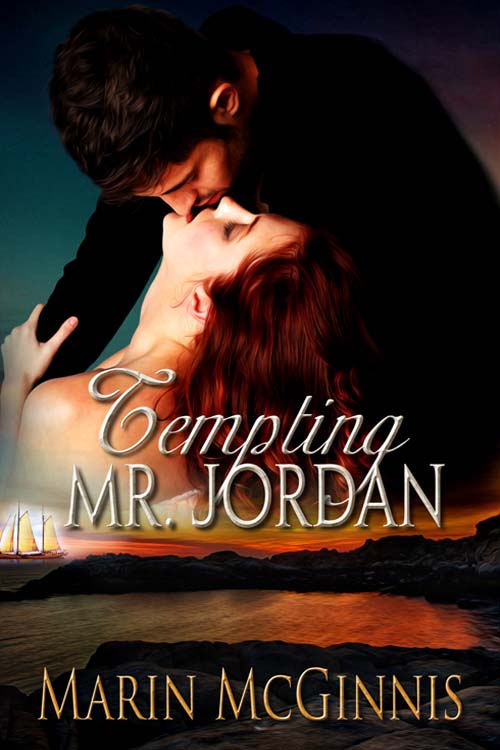 After four unsuccessful London seasons, Lady Julia Tenwick despairs of ever making a love match. With spinsterhood looming on the horizon, she and a friend set sail for America on one last adventure. When her travels take her to northern Maine, Julia meets a reclusive but handsome artist, whose rudeness masks a broken heart Julia feels compelled to mend.

Still haunted by the betrayal and death of his pregnant wife two years before, Geoffrey Jordan is determined never to risk his heart again. Certainly not with the gorgeous and impetuous aristocrat who intrudes upon his small-town solitude, and is far too similar to his late wife to tempt him to take another chance on love.

But when Julia and Geoffrey find themselves united in a reckless plan to save Julia’s friend from ruin, they discover that temptation is impossible to resist.

Cranberry Cove reminded her of home, her family’s estate in Durham, where ton rules were abandoned in favor of lazy days riding, reading, caring for her pets, or playing the piano. It occurred to her that she had not played in weeks. Her fingers itched to touch a keyboard, and she flexed her hands inside her calfskin gloves. She vowed to play soon. She thought she had seen a harpsichord in the drawing room of Maria’s enormous house.

Reaching the end of the little lane on which Maria lived, she took a right onto Main Street. It consisted of several houses similar to the one in which she was staying, so she turned left onto Maple Street, which was much more interesting. There was a green grocer, a bookseller, a milliner, a tailor, a blacksmith—everything one could want in a village. The streets were clean—much cleaner than London—and the air was crisp and fresh, even if it smelled ever so slightly of fish.

Julia was staring into the newspaper office—a badly written but oddly gripping tale about missing lobster traps was plastered to the window—when she was nearly knocked off her feet.

“Oh, I beg your pardon!” She managed to right herself, wondering why she should be the one to apologize. She looked up into the hooded eyes of Geoffrey Jordan, who held a book in one hand. “Mr. Jordan!”

“Lady Julia.” He reached out to steady her, the touch of his hand on her arm causing a charge to shoot up her spine. “Please forgive me. Are you hurt?”

“Are you in the habit of running over tourists on your streets?” She freed her arm, flustered by her own reaction, and busied herself with adjusting her hat. When she regarded Mr. Jordan again, he was smirking.

“No, just the ones who stop in the middle of the street,” he said.

Julia opened her mouth to retort, but he held up a finger to silence her. “Nevertheless, I am sorry. I wasn’t paying attention. And the scintillating prose of our local newspaper could halt anyone in her tracks.”

She laughed. “It is not The Times, to be sure.”

His lips quirked up at the tips in something approaching a smile. Julia thought she hadn’t seen him do that before and found it oddly entrancing. “Where are you headed, Lady Julia?”

She forced herself to look away from his lips. “Um. Nowhere in particular. I was in need of a walk after luncheon, so I thought I would explore a bit.”

“The Universalist church, just around the corner, is particularly beautiful, and you will need to sample lobster from the establishment run by the Maclays, on the pier. It will melt in your mouth.”

The way he looked at her as he made the remark made her own mouth dry. Her cheeks burned.

“Um. Yes. That sounds lovely.” She gazed down at her feet until she collected herself. Raising her head, she found herself caught in his sights. She swallowed nervously. “Well, if you’ll excuse me, Mr. Jordan, I really must get back. Constance will be wondering where I’ve got to.” She brushed past him, her shoulder tingling at the contact with his arm.

She stopped and turned to face him. “Yes, Mr. Jordan?”

His thin lips turned up at the corners again, and he pointed behind him. “I believe your house is that way.”

“Oh. Yes. Of course.” She willed herself not to stumble as she passed him, at least not until she’d cleared the corner.

And don’t forget to enter the giveaway for this fabulous gift basket Becky Lower and I are offering. In addition to the items pictured, Becky is offering an ecopy of her new Wild Rose novella, Love’s in the Cards! 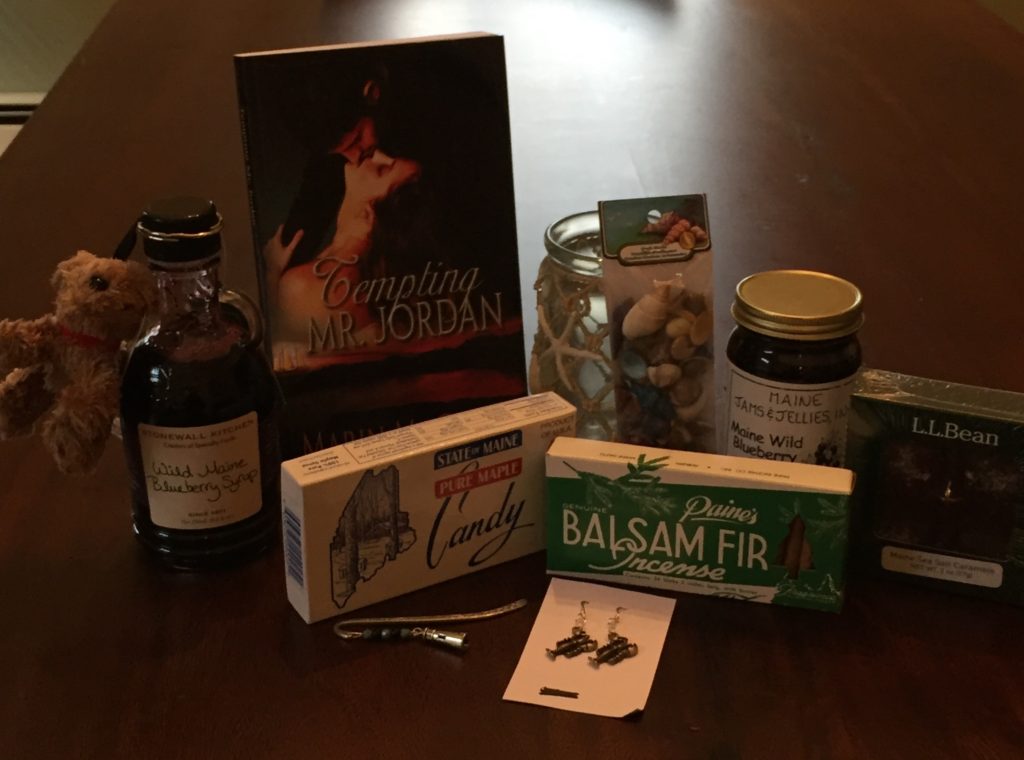